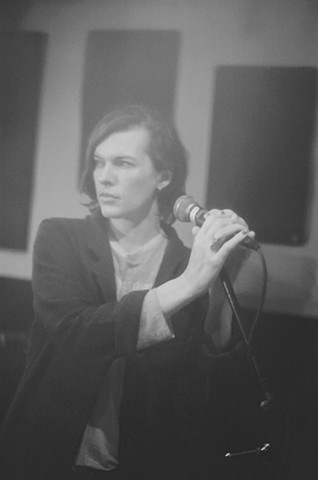 Milla Jovovich is a Ukrainian-born actress, supermodel, fashion designer, singer, and public figure, who was on the cover of more than a hundred magazines and starred in such films as The Fifth Element (1997), Ultraviolet (2006), and Resident Evil (2002) franchise.

Milica Bogdanovna Jovovich was born on December 17, 1975, in Kiev, Ukrainian SSR, Soviet Union (now in Ukraine). Her Serbian father, Bogdan Jovovich, was a medical doctor in Kiev. There, he met her mother, Galina Jovovich (née Loginova), a Russian actress. At the age of 5, in 1981, Milla emigrated with her parents from the Soviet Union, moving first to London, UK, then to Sacramento, California, and eventually settled in Los Angeles. There her parents worked as house cleaners for the household of director Brian De Palma. Her parents separated and eventually divorced because her father was arrested and spent several years in prison.

Young Milla Jovovich was brought up by her single mother in Los Angeles. In addition to her native Russian, she also speaks Serbian and English. However, in spite of her cosmopolitan background, Milla was ostracized by some of her classmates, as a kid who emigrated from the Soviet Union amidst the paranoia of the Cold War. Many emotional scars had affected her behavior, but she eventually emerged as a resilient, multi-talented, albeit rebellious and risk-taking girl. She was coached by her actress mother since her childhood, first at home, then studied music, ballet, and acting in Los Angeles.

She shot to international fame after she was spotted by the photographer Richard Avedon at the age of 11, and was featured in Revlon's "Most Unforgettable Women in the World" advertisements, and on the cover of the Italian fashion magazine 'Lei' which was her first cover shoot. She made her first professional model contract at the age of 12, and soon made it to the cover of 'The Face', 'Vogue', 'Cosmopolitan' and many other magazines. In 1994, she appeared on the cover of 'High Times' in the UK, at the age of 18. The total number of her magazine covers worldwide was over one hundred by 2004, and keeps counting. In 2004, she made $10.4 million, becoming the highest-paid supermodel in the world.

Milla appeared in ad campaigns for Chanel, Versace, Emporio Armani, Donna Karen, DKNY, Celine, P&K, H&H, and continues her role as the worldwide spokesperson and model for L'Oreal. Thanks to their continued success with Milla, Giorgio Armani chose her to be the face of his fragrance, Night. In addition to Armani's fragrance, Milla was the face for Calvin Klein's Obsession and Christian Dior's Poison for over 10 years and has most recently become the new face for Donna Karan's Cashmere Mist fragrance, which debuts in August 2009. Milla continues to shoot with the fashion industry's most sought-after photographers, including Peter Lindbergh, Mario Sorrenti, Craig McDean and Inez & Vinoodh.

Milla made her acting debut in the Disney Channel movie The Night Train to Kathmandu (1988) and she made guest appearances on television series including Married... with Children (1987) (in 1989 as a French exchange student), Paradise (1988) and Parker Lewis Can't Lose (1990). In 1988, at age 12, she made her film debut credited as Milla in a supporting role in Two Moon Junction (1988) by writer/director Zalman King. During the 1980s and early 1990s, she played several supporting roles as a teenage actress in film and on television, then starred in Return to the Blue Lagoon (1991). In 1997, she co-starred opposite Bruce Willis in the sci-fi blockbuster The Fifth Element (1997), then she starred as the title character of The Messenger: The Story of Joan of Arc (1999).

In the early 2000s, Milla had a few years of uncertainty in her acting career due to the uneven quality of her films, as well as some hectic events in her private life. She appeared with Mel Gibson in Wim Wenders' The Million Dollar Hotel (2000) which premiered at the Berlin Film Festival. She went on to co-star with Wes Bentley and Sarah Polley in The Claim (2000) and in Ben Stiller's spoof of the world of models and high-fashion, Zoolander (2001).

She received glowing reviews opposite Oscar-winner Adrien Brody and Illeana Douglas in The Dummy (2002) which premiered at the Toronto Film Festival. In the spring of 2006, Milla returned to the big screen as action heroine, Violet, in the futuristic film Ultraviolet (2006) directed by Kurt Wimmer.

Focusing on her personal sense of style, her love of fashion led Milla and her friend and business partner, Carmen Hawk, to launch their Jovovich-Hawk clothing line, which achieved instant acclaim in the domestic and international fashion world. The fresh, unique line garnered the attention of red carpet watchers and fashion magazines, including American Vogue, who featured Jovovich-Hawk on their coveted list of "10 Things to Watch Out for in 2005." A student of voice and guitar since she was very young, Milla began writing songs for her first record at the age of 15.

Her first album, "The Divine Comedy", was released by EMI Records in 1994. Informed by her experiences as a child growing up as a Russian emigrant in the Red-bashing Reagan era, the introspective European-folkish debut drew favorable reviews for Milla's songwriting and performing. She continues to write music, and has had songs featured on several film soundtracks. She has been writing music and lyrics to her song-demos, playing her guitar and sampling other sounds from her computer, and allowing free download and remix of her songs from her website.

Charitable work also plays a major part in Milla's life. She has served as Master of Ceremonies and co-chaired with Elizabeth Taylor for the amfAR and Cinema Against AIDS event at the Venice Film Festival, and has been heavily involved with The Ovarian Cancer Research Fund, as well as The Wildlands Project.

For many years Milla Jovovich has been maintaining a healthier lifestyle, practicing yoga and meditation, trying to avoid junk food, and cooking for herself. Since she was a little girl, Milla has been writing a private diary, a habit she learned from her mother. She has been keeping a record of many good and bad facts of her life, her travels, her relationships, and all-important ideas and events in her career, planning eventually to publish an autobiography. After the dissolution of her two previous marriages, Milla Jovovich became engaged to film director Paul W.S. Anderson; their daughter, Ever Anderson, was born on November 3, 2007. They got married on August 22, 2009. Their second daughter, Dashiel Edan, was born on April 1, 2015. -Singer, songwriter