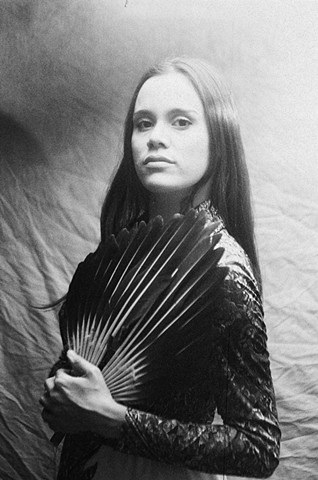 The honeyed snarl of Metis/Cree artist Bebe Buckskin is a reckoning force. Somewhere between an acid-laced vintage rock and the contemporary protest of her fearless roots, we find this powerful songstress cutting an impressive swath. Substantially experienced as a songwriter and performer, she now finds herself on a momentous upswing, and ready for the climb.

With multiple chart successes on the Indigenous Music Countdown, Buckskin is no stranger to creating, releasing, and working her unique music. Her sophomore EP, "Asiskiy" which means "Earth" in Cree, is a 5 track EP and was recorded at Dog in The Window Records in Calgary, engineered by Derek Pulliam. Set for an April 2020 release, "Asisky" is already highly awaited from the Western Canadian Music Community. But Buckskin has already narrowed in on her next, substantially bigger, project.

A recent recipient of the Canada Council for the Arts: Creating, Knowing & Sharing grant, Buckskin is headed to Fame Studios in Muscle Shoals, with her band to record her debut full-length album. The album is described by Buckskin as an Inter-tribal collaborative album featuring The Medicine Tail Singers of the Choctaw Tribe in Alabama, and Derek Miller of the Mohawk from 6 nations, Quebec. Fusing blues/rock with traditional indigenous music, Buckskin is setting out to accomplish a blending of her eclectic inspirations with a powerful resonance.

Described by her contemporaries as a cultivated Joplin-St. Marie hybrid, Buckskin knows herself and her story well, and her songwriting depicts this confidence effortlessly. Taking up intentional space as an uncompromising and headstrong creator, she carefully weaves kaleidoscopic metaphor with the painfully astute.

Rooted in the honor of her unwavering, authentic spirit - Bebe Buckskin is a uniquely captivating artist, magnetic and uncompromising in her approach. This serendipitous blend of genuine passion and poetry is one that requires an insightful understanding of the world and herself, and one that will no doubt be noticed by many.