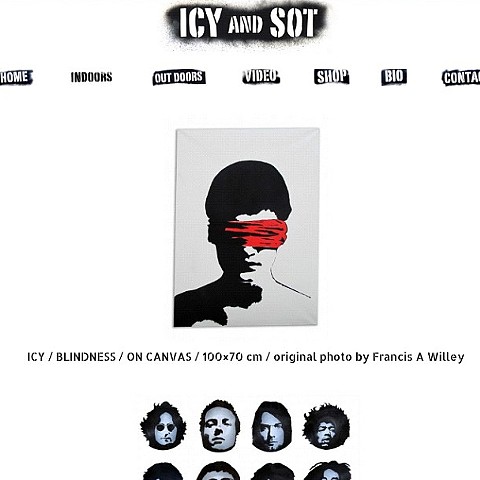 Blindness -Icy and Sot
next >

Both born in the 1980s, Iranian Street Artists Icy & Sot are equally fans and loyal students of all the stencil techniques that have characterized the western scene in the last decade. What’s fascinating in this story is that, despite creating work on the street since 2005, neither brother has been able to attend their own gallery show in person outside of Iran until this week in New York.

With a new sense of freedom and some new works for “Made in Iran”, the self taught Tabriz-based artists are riding the momentum that will take this show to Amsterdam, Berlin and Milan. The gallery work on display is similar to the variety of styles they have experimented with in streets of cities like Tehran, Paris, Turin, Istanbul, and even the rural Mazichal forest in Northern Iran. Thematically they wrestle between oppression, celebrity, freedom, war, and daring to dream.