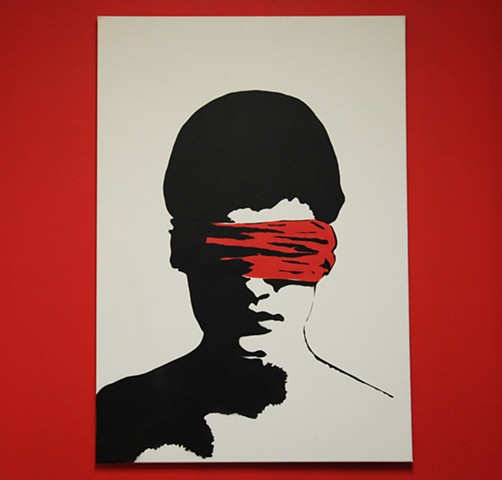 Icy and Sot-Blindness
Painting
< previous next >

Brooklyn Street Art: Often your subjects have their vision obstructed or blinded entirely. What blindness are you referring to, and whose?

Icy: Most of them are about what’s happening to us and around us. For example, the last time we got arrested they just covered our faces with a red cover, which is similar to a piece we have done in the past called “Blindness.”

Brooklyn Street Art: Looking at your work, one can see similarities stylistically and thematically to many of Street Art’s well known stencilists like Banksy, Nick Walker, Jef Aerosol, Blek Le Rat, Chris Stain, C215 and others. How does a Street Artist differentiate their work from what has come before them?

Icy: Everyone borrows from the past. Banksy, for example, based his technique and style on Blek Le Rat, who is considered the godfather of Parisian graffiti art. Blek really pioneered both stenciling and the image of the rat that Banksy later emulated. The important thing is that you are creating your own ideas.